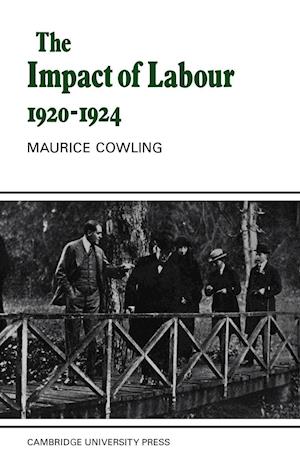 Modern British politics begins with the Labour victory at the Spen Valley by-election in early 1920. In the next four years, the challenge presented by its arrival as a major electoral force enabled the Conservative leaders to destroy the Coalition, the Liberal Party, and Lloyd George, to triumph as guardians of the social order under Baldwin at the General Election of 1924 and to establish the Labour-Conservative polarisation in the form which has persisted since. This conclusion emerges from Mr Cowling's detailed study of the high politics of these years, in which the various attempts to end and replace the Coalition are shown to have hinged on 'resistance to socialism'. This book is primarily an account of the initiatives of politicians and their reactions to one another. Mr Cowling's book is unique in the sources used; it is also the only study of this period to examine all three political parties in detail.