The Impact of Idealism

indgår i serie The Legacy of Post kantian German Thought 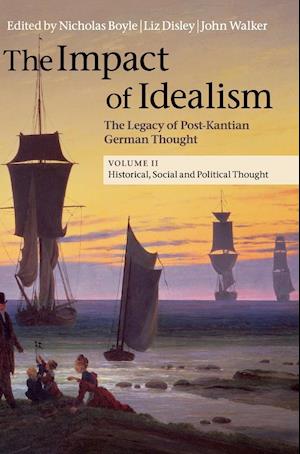 The first study of its kind, The Impact of Idealism assesses the impact of classical German philosophy on science, religion and culture. This second volume explores German Idealism's impact on the historical, social and political thought of the nineteenth, twentieth and twenty-first centuries. Each essay focuses on an idea or concept from the high point of German philosophy around 1800, tracing out its influence on the intervening period and its importance for contemporary discussions. New light is shed on key developments of Idealist thought, such as Marxism, Critical Theory and feminism, and previously unexamined areas of Idealism's influence are discussed for the first time. This unique, interdisciplinary collection traces the impact of Kant, Hegel, Schelling, Fichte and others in Britain, Europe, North America and beyond. Its insights represent vital contributions to their respective fields, as well as to our understanding of German Idealism itself.

Forfattere
Bibliotekernes beskrivelse The Impact of Idealism is a unique four-volume work that forms the first comprehensive survey of the impact of classical German philosophy on science, religion and culture. This second volume analyses German Idealism's impact on historical, social and political thought of the nineteenth, twentieth and twenty-first centuries.