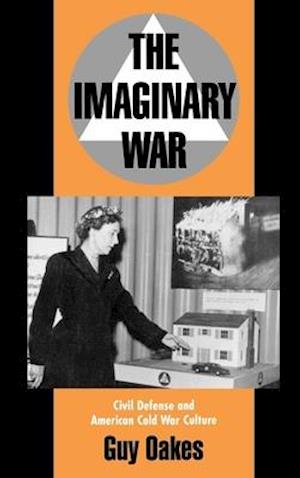 "Duck and cover" are unforgettable words for a generation of Americans, who listened throughout the Cold War to the unescapable propaganda of civil defense. Yet it would have been impossible to protect Americans from a real nuclear attack, and, as Guy Oakes shows in The Imaginary War, national security officials knew it.

The real purpose of 1950's civil defense programs, Oakes contends, was not to protect Americans from the bomb, but to ingrain in them the moral resolve needed to face the hazards of the Cold War. Uncovering the links between national security, civil defense, and civic ethics, Oakes reveals three sides to the civil defense program: a system of emotional management designed to control fear; the fictional construction of a manageable world of nuclear attack; and the production of a Cold War ethic rooted in the mythology of the home, the ultimate sanctuary of American values.

This fascinating analysis of the culture of civil defense and the official mythmaking of the Cold War will be essential reading for all those interested in American history, politics, and culture.