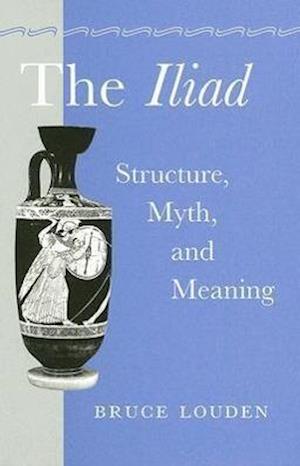 Extending his distinctive analysis of Homeric epic to the Iliad, Bruce Louden, author of The "Odyssey": Structure, Narration, and Meaning, again presents new approaches to understanding the themes and story of the poem. In this thought-provoking study, he demonstrates how repeated narrative motifs argue for an expanded understanding of the structure of epic poetry. First identifying the "subgenres" of myth within the poem, he then reads these against related mythologies of the Near East, developing a context in which the poem can be more accurately interpreted.Louden begins by focusing on the ways in which the Iliad's three movements correspond with and comment on each other. He offers original interpretations of many episodes, notably in books 3 and 7, and makes new arguments about some well-known controversies (e.g., the duals in book 9), the Iliad's use of parody, the function of theomachy, and the prefiguring of Hektor as a sacrificial victim in books 3 and 6. The second part of the book compares fourteen subgenres of myth in the Iliad to contemporaneous Near Eastern traditions such as those of the Old Testament and of Ugaritic mythology. Louden concludes with an extended comparison of the Homeric Athena and Anat, a West Semitic goddess worshipped by the Phoenicians and Egyptians. Louden's innovative method yields striking new insights into the formation and early literary contexts of Greek epic poetry.