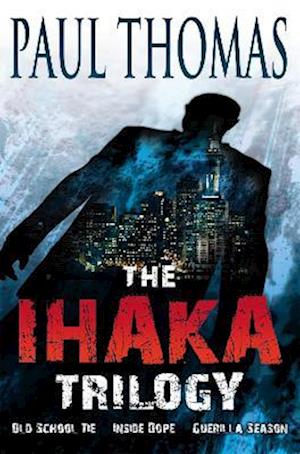 Paul Thomas series is praised as 'a detective and novelist to follow'. Detective Ihaka is 'charismatic, profane, and built to smash bad guys, corrupt colleagues and most normal human boundaries - may be the greatest New Zealander who never lived' - Ngaio Marsh Awards judge Stephanie JonesThree books in one:Old School Tie Strange and sinister things are happening in the City of Sails. A private eye is assassinated. A businessman has plummeted to his death. A teenage girls suicide seems to odd for words. When a magazine decides to investigate, Reggie Sparks finds himself chasing a story in which blackmail and double dealing are the order of the day and some secrets are dark enough to kill for. Inside DopeDuane Ricketts had planned to steer clear of drugs once he got out of the Thai jail, but it's tough turning down a dying man's last request - even if he's a hardened criminal with a fatal weakness for transvestites. So now Ricketts is looking for the lost treasure of the notorious Mr Asia syndicate: ten kilos of high-grade cocaine.Guerilla SeasonAcross the Tasman Sea, the Aotearoa People's Army is waging a bizarre offensive. A broadcaster is made to walk the plank and a journalist gets his neck rung. Counterterrorist experts think they are on top of it, but cop Tito Ihaka doesn't believe so. Soon he is in danger of being proved right.