- The Story of Der Kreis 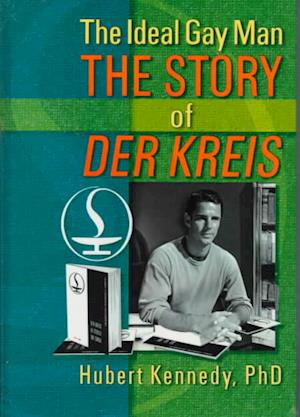 Discover the deliciously succulent homosexual world of the early 1900s!The Ideal Gay Man: The Story of Der Kreis gives you the history of the influential international gay journal Der Kreis, published in Switzerland from 1932--1967. You'll gain fascinating insight into the journal's origins, its development, and the reasons for its demise. Entertaining and informative, this book points out how the events of the day relating to the gay movement were reflected in and influenced by Der Kreis.Der Kreis was the world's most important journal promoting the legal and social rights of gay men. Literary historians, gay theory scholars, and general readers will be intrigued by the generous selection of articles from the English section of the journal, as well as the English translations from the French and German sections. The Ideal Gay Man is a fascinating collection of history and entertainment. Some topics you'll explore are:the beginning of the publication Der Kreiswhy Der Kreis stopped publicationsections on the English writers, French writers, and German writers of Der Kreisarticles on morality and the public's changing perceptions of homosexualityman and boy love and the differences between leading and seductionThe Ideal Gay Man studies this amazingly influential gentlemen's journal and provides you with a flattering and long overdue inclusion into gay studies material. You will explore the homosexual world during a turbulent time of intolerance and discover how the events relating to the gay movement were reflected in and influenced by Der Kreis.