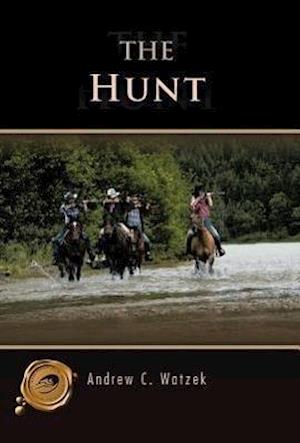 When Adam "Mac" McCulough loses his wife, Abby, in 1876, he is left to bring up his four young daughters, Sara, Becky, Julie, and Angela. Mac, a rancher and the sheriff of nearby Elkhorn, calls on his longtime friend Ezra Hawks, a half-White Mountain Apache, to help him on his ranch and to raise his girls. Together, the men teach the daughters to shoot, hunt, fish, track, and survive in the wild. Life rolls along for this unusual family, but an incident from Mac's past comes back to haunt him. Before settling down with Abby, he worked as an Arizona Ranger and played a key role in the capture and conviction of a group of men who beat and raped a family in Prescott. The men, now released from jail, track down Mac and exact their revenge. Sara, Becky, Julie, and Angela are determined not to let the men get away with the murder of their father. They strike out on their own to hunt down the killers, but their quest for vengeance may come with a high price.