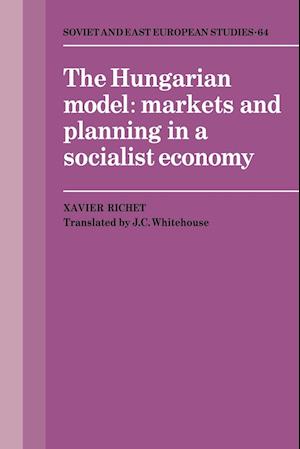 This book provides an exceptionally thorough treatment of the Hungarian economy and its experience of economic reform. Within a wider discussion of the appliance and success of Soviet-type economies (STEs), the author investigates the decentralizing measures and market mechanisms which have been progressively introduced and considers the limits on and limitations of the Hungarian economic model. The reforms adopted since 1968, known initially as the New Economic Mechanism, were intended to build a system of market socialism combining micro-economic efficiency, indirect regulation and socialist ethical principles. However, the predicted improvements in the economy still have not fully materialized: living standards have begun to drop, output is sluggish and hard currency trade and payments have been a real difficulty. Indeed, change in the country's leadership is perhaps a recognition of the need for a clearer direction in the field of social and economic reform. This English version of Xavier Richet's French original provides much insight into what has gone wrong in Hungary and also suggests ways future pitfalls might be avoided.