The Human Brain During the Late First Trimester 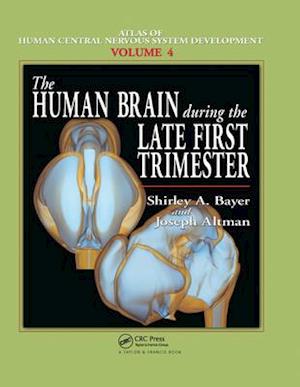 The fourth volume in the Atlas of Human Central Nervous System Development series, The Human Brain During the Late First Trimester provides new information about features of the perinatal brain. It deals with brain development during the late first trimester (GW11-GW7.5). The major theme of this volume is the identification of stretches and patches (mosaics) of the NEP matrix along the hypertrophied telencephalic, diencephalic, mesencephalic, and rhombencephalic superventricles. Many putative migratory paths of young nerons on their way to their settling sites are also identified. In the younger specimens, the brain sections are presented as they are embedded in the skull and developing facial structures. The older specimens show the onset of development of some of the large fiber tracts. Like the rest of the series, it contains photographs of the entire brain arranged in companion plates that include two parts: a large, high resolution black and white photograph and a "ghost image" of the photograph with unabbreviated labels. It is a user-friendly survey of the complex structural processes that occur during human CNS development. This volume can be purchased as part of the complete five volume set.