The House That Papa Built: The Collective Memoirs of a Family 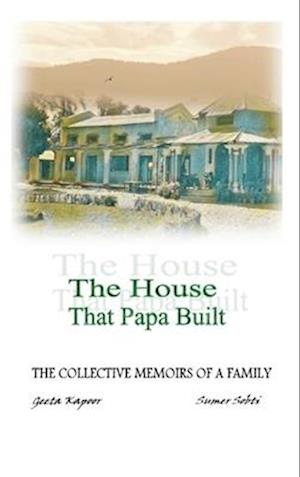 This book is a collective memoir of a family, whose progenitors were Diwan Bodh Raj Sobti (1894-1957) and Leelawati Sobti, nee Puri (1899-1973). In 1941, Bodh Raj Sobti, then Chief Chemist of Gwalior State, moved his family to Dehradun and acquired a large bungalow in Dalanwala, an elite residential area of the town. The house at 18, Municipal Road witnessed the comings and goings of four generations of the family, till it was sold to a school in 2007.

The house became more than just a dwelling for its inhabitants. It personified all that was dear to them: a home, a summer getaway and a refuge. This book is a poignant, amusing memoir written by twenty one members of the family drawn across three generations, the oldest - eighty-eight years old and the youngest thirty-two. It is a coming-together saga of unconditional love, mutual respect and deep familial bonds that span half a century.