Hope And Vision Of J. Robert Oppenheimer, The 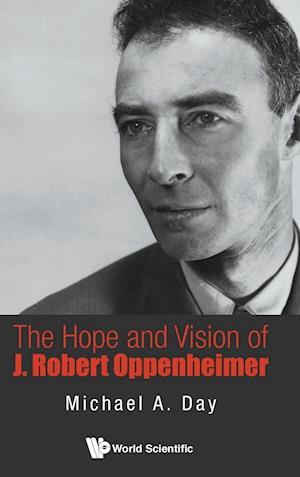 'Michael DayaEURO (TM)s insightful aEURO~philosophical biographyaEURO (TM) of J Robert Oppenheimer stands out from other works on the so-called aEURO~father of the atomic bombaEURO (TM) by its focus on the post-war period and by the depth of its philosophical engagement with his humanistic thought on science and culture.'Centaurus ReviewIncorporating elements from history, science, philosophy and international relations theory, this book takes a fresh look at the life and thought of Robert Oppenheimer.The author argues that not only are Oppenheimer's ideas important, engaging and relevant, but also more coherent than generally assumed. He makes a convincing case that Oppenheimer has much to say about 21st century issues, and his voice should be brought back into the public forum.The book recovers and reconstructs what Oppenheimer said and wrote during the 1940s, 50s and 60s (i.e., his hope and vision) with the goal of identifying what might be of general philosophical interest today. It considers not only Oppenheimer's thought, but also his life using philosophical ideas developed by contemporary philosophers.In addition, to deepen and broaden the discussion and demonstrate the relevance of Oppenheimer's vision for the present, the author analyzes his views using contemporary international relations theory with a special emphasis on nuclear nonproliferation and disarmament. This examination reveals ways in which Oppenheimer's reasoning was prescient of current work being carried out to control, and possibly move beyond, the nuclear revolution.