The Holy Teaching of Vimalakirti 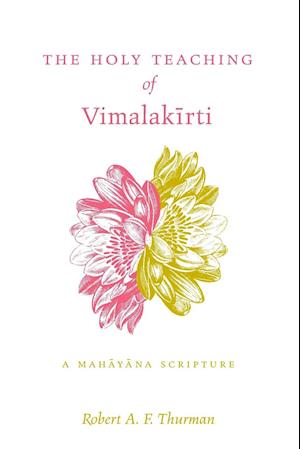 This book presents the major teachings of Mahayana Buddhism in a precise, dramatic, and even humorous form. For two millennia this Sutra, called the "jewel of the Mahayana Sutras," has enjoyed immense popularity among Mahayana Buddhists in India, central and southeast Asia, Japan, and especially China, where its incidents were the basis for a style in art and literature prevalent during several centuries. Robert Thurman's translation makes available in relatively nontechnical English the Tibetan version of this key Buddhist scripture, previously known to the English-speaking world only through translations from Chinese texts. The Tibetan version is generally conceded to be more faithful to the original Sanskrit than are the Chinese texts. The Tibetan version also is clearer, richer, and more precise in its philosophical and psychological expression. The twelve books of the Sutra are accompanied by an introduction and an epilogue by Dr. Thurman and by three glossaries: Sanskrit terms, numerical categories, and technical terms.