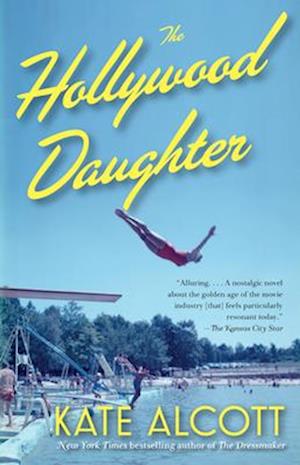 From the New York Times bestselling author of The Dressmaker and A Touch of Stardust, comes a Hollywood coming-of-age novel, in which Ingrid Bergman's affair with Roberto Rossellini forces her biggest fan to reconsider everything she was raised to believe In 1950, Ingrid Bergman, already a major star after movies like Casablanca and Joan of Arc, has a baby out of wedlock with her Italian lover, film director Roberto Rossellini. Previously held up as an icon of purity, Bergman's fall shocks her legions of fans--and none more so than seventeen-year-old Jessica Malloy, whose father is Bergman's Hollywood publicist. After years of fleeting interactions with Bergman, Jesse has come to idolize the actress as the epitome of elegance and integrity as well as the paragon of motherhood, an area in which her own difficult mother falls short. But in a heated era of McCarthyist paranoia and extreme censorship, Ingrid's affair sets off an international scandal that robs Jesse of her childhood hero. When the stress placed on Jesse's father begins to reveal hidden truths about the Malloy family, Jesse's eyes are opened to the complex realities of life--and love. The Hollywood Daughter is an intimate novel of self-discovery that evokes a Hollywood sparkling with glamour and vivid drama.