The History of the University of Oxford: Volume III: The Collegiate University

indgår i serie HISTORY OF THE UNIVERSITY OF OXFORD 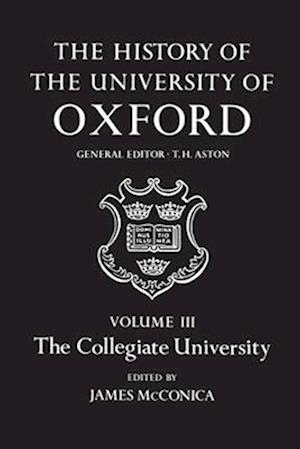 This volume describes a century of rapid and fundamental change. Under the Tudors the University witnessed the dramatic intrusion of successive governments into its affairs by visitations, and by the supplanting of the medieval regime of the regent masters with government by heads of houses. In the background to these violent changes the college evolved into the ordinary home of the undergraduate, displacing the medieval private hall, and Oxford acquired itsfamiliar character as an association of endowed collegiate undergraduate societies. The intellectual counterpart of this institutional change was the spread of humanism, particularly in the faculty of arts. This volume challenges the view that these changes were purely unofficial and extra-curricular,and argues that the statutory curriculum, properly understood, was an integral part of this humanistic, neo-Aristotelian, and cosmopolitan Latin culture. Contributors: James McConica, Carl I. Hammer, jr., Claire Gross, J. M. Fletcher, John Caldwell, Gillian Lewis, John Barton, S. L. Greenslade, G. D. Duncan, Jennifer Loach, Penry Williams, N. R. Ker, G. E. Aylmer, John Newman.