The History of New South Wales 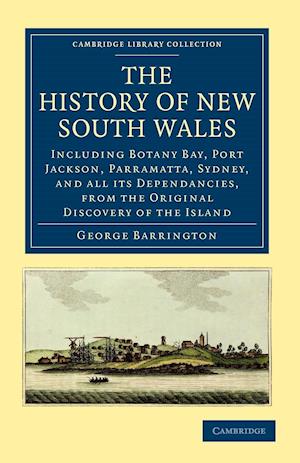 Described by the London Chronicle as 'the genteelest thief ever remembered at the Old Bailey', during the 1770s the dandy, actor and pickpocket George Barrington acquired infamy throughout Great Britain. His prosecution and conviction in 1790 merely served to intensify popular interest and ensured that when in 1802 the account of his transportation to Australia was published, reading audiences responded with hearty enthusiasm. After prefacing his volume with a concise and useful history of New South Wales, the author regales readers with tales of murder, theft, punishment and retribution. These bloody episodes, combined with engaging, albeit prejudiced, notes on the indigenous population, found favour with European readers and twenty years of serialisations, new editions and translations followed. Punctuated by quirky vignettes and unusual coloured plates, Barrington's narrative continues to entertain and inform anyone with an interest in British colonial, maritime or criminal history.