The History of British Birds 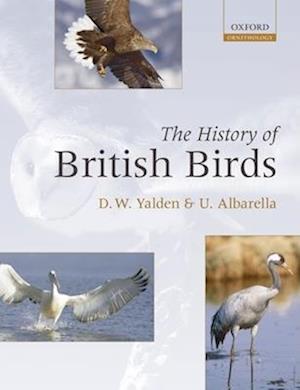 The History of British Birds reviews our knowledge of avifaunal history over the last 15,000 years, setting it in its wider historical and European context. The authors, one an ornithologist the other an archaeologist, integrate a wealth of archaeological data to illuminate and enliven the story, indicating the extent to which climatic, agricultural, and social changes have affected the avifauna. They discuss its present balance, as well as predictingpossible future changes.It is a popular misconception that bird bones are rarely preserved (compared with mammals), and cannot be reliably identified when they are found. The book explores both these contentions, armed with a database of 9,000 records of birds that have been identified on archaeological sites. Most are in England, but sites elsewhere in Great Britain, Ireland, the Isle of Man and the Channel Isles are included.Britain's most numerous bird is also the most widespread in the archaeological record, but some of the more charismatic species also have a rich historical pedigree. For example, we can say quite a lot about the history of the Crane, Red Kite, White-tailed Eagle and Great Auk. The history of many introduced domestic species can also be illuminated. Even so, there remain uncertainties, posed by difficulties of dating or identification, the vagaries of the archaeological record or the ecologicalspecialities of the birds themselves. These issues are highlighted, thus posing research questions for others to answer.And the commonest British bird, then and now? Buy the book and read on...

Forfattere
Bibliotekernes beskrivelse An integration of ornithological and archaeological evidence on the history, composition and balance of the bird fauna of the British Isles. It provides essential background information for the debate on extinction, conservation and reintroduction. 40 illustrations