The Hippodrome of Gerasa 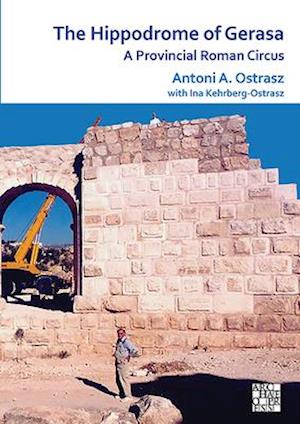 The Hippodrome of Gerasa: A Provincial Roman Circus publishes the unique draft manuscript by the late architect and restorer Antoni Ostrasz, the study of Roman circuses and the complex fieldwork for the restoration of the Jarash Hippodrome, a work in progress abruptly ended both in writing and in the field by his untimely death in October 1996. The manuscript is presented as it is in order to retain the authenticity of his work. It is, therefore, an unusual publication providing the researcher as well as restorer of ancient monuments with unparalleled insights of architectural studies for anastyloses. Compendia A and B have been added to supplement the incomplete segments of the manuscript with regard to his studies as well as archaeological data. This concerns the excavation and preparation for the restorations and the archaeological history or stratigraphic history of the site from the foundations to primary use as a circus to subsequent occupancies of the circus complex. The study of the architectural and archaeological remains at the hippodrome encapsulates the sequence of the urban history of the town from its early beginnings to Roman Gerasa and Byzantine and Islamic Jarash, including vestiges of the seventh century plague and still visible earthquake destructions, as well as Ottoman settlements.

Forfattere
Bibliotekernes beskrivelse This book presents the study of Roman circuses and the complex fieldwork for the restoration of the Jarash Hippodrome, a work in progress abruptly ended by the untimely death of Antoni A. Ostrasz in 1996. It aims to provide researchers as well as restorers of ancient monuments with unparalleled insights of architectural studies for anastyloses. 261 figures (77 plates in colour)