The Hippocampal and Parietal Foundations of Spatial Cognition 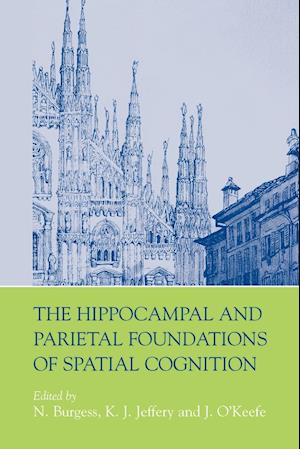 As we move around in our environment, and interact with it, many of the most important problems we face involve the processing of spatial information. We have to be able to navigate by perceiving and remembering the locations and orientations of the objects around us relative to ourself; we have to sense and act upon these objects; and we need to move through space to position ourselves in favourable locations or to avoid dangerous ones. While this appears so simplethat we don't even think about it, the difficulty of solving these problems has been shown in the repeated failure of artificial systems to perform these kinds of tasks efficiently. In contrast, humans and other animals routinely overcome these problems every single day. This book examines some ofthe neural substrates and mechanisms that support these remarkable abilities. The hippocampus and the parietal cortex have been implicated in various core spatial behaviours, such as the ability to localise an object and navigate to it. Damage to these areas in humans and animals leads to impairment of these spatial functions. This collection of papers, written by internationally recognized experts in the field, reviews the evidence that each area is involved in spatial cognition, examines themechanisms underlying the generation of spatial behaviours, and considers the relative roles of the parietal and hippocampal areas, including how each interacts with the other. The papers integrate a wide range of theoretical and experimental approaches, and touch on broader issues relating tomemory and imagery. As such, this book represents the state of the art of current research into the neural basis of spatial cognition. It should be of interest to anyone - researchers or graduate students - working in the areas of cognitive neuroscience, neuroanatomy, neuropsychology, and cognition generally.

Forfattere
Bibliotekernes beskrivelse As we move around in our environment, and interact with it, many of the problems we face involve the processing of spatial information. This collection of papers examines the role of the hippocampus and parietal cortex in processing this information. halftones and line figures