- Book 3 of the Black Magician 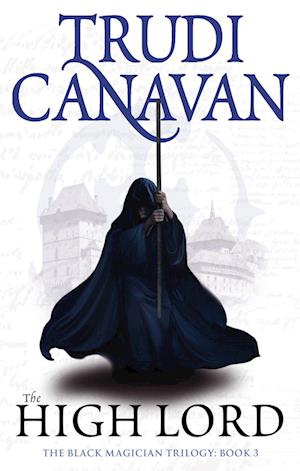 Following The Magicians' Guild and The Novice comes the third book in the phenomenally popular Black Magician Trilogy, from international No. 1 bestselling author Trudi Canavan*Over 3 million Trudi Canavan copies sold worldwide*In the city of Imardin, where those who wield magic wield power, a young street-girl, adopted by the Magician's Guild, finds herself at the centre of a terrible plot that may destroy the entire world . . .Sonea has learned much at the magicians' guild and the other novices now treat her with a grudging respect. But she cannot forget what she witnessed in the High Lord's underground room - or his warning that the realm's ancient enemy is growing in power once more. As Sonea learns more, she begins to doubt her guildmaster's word. Could the truth really be as terrifying as Akkarin claims, or is he trying to trick her into assisting in some unspeakably dark scheme?Praise for Trudi Canavan:'Epic, vivid and believable' Guardian'It's easy to see why Trudi Canavan's novels so often make the bestseller lists. Her easy, flowing style makes for effortless reading . . . Delightful worldbuilding . . . Vivid and enjoyable' SFX'The world-building is tremendous. The magical system is sophisticated and fascinating' Striking Keys'A suspenseful masterpiece . . . will have fans desperate for the sequel' RT Book Reviews'Superb . . . an enthralling tapestry of a book that's hard to put down' Fantasy FactionThe Black Magician Trilogy:The Magicians' GuildThe NoviceThe High Lord*Have you tried Trudi Canavan's stunning new series, Millennium's Rule? It starts with the Sunday Times bestselling THIEF'S MAGIC*