The Hidden History of Earth Expansion: Told by researchers creating a Modern Theory of the Earth 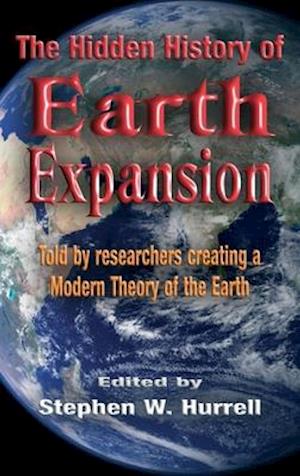 For more than half a century the theory of continental drift was widely derided. Innovators developing the radical theory were labelled as unscientific by well-known science authorities. But then, in the space of a few years, virtually all opposition dramatically collapsed. Continental drift was transformed into plate tectonics and became widely acknowledged as one of the most profound scientific revolutions of the twentieth century.

Yet a number of science innovators who had been closely involved with creating this new theory of the Earth continued to research an even more radical theory. The researchers saw evidence that the new plate tectonics theory was incomplete, arguing that continental drift was caused by the Earth expanding in size.

These science innovators give us a unique insight into their experiences. They relate their personal histories of Earth expansion in 14 original essays.

The Hidden History of Earth Expansion presents the unique personal histories of British, American, Australian, German, Polish, Romanian, Indian, Albanian and Jamaican science innovators as they strived to produce a modern theory of the Earth. It includes chapters expressly written for the book by some of the most well-known researchers into Earth expansion: Hugh G. Owen, Cliff Ollier, Karl-Heinz Jacob, James Maxlow, Jan Koziar, Stefan Cwojdziñski, Carl Strutinski, Stephen W. Hurrell, John B. Eichler, William C. Erickson, David Noel, Zahid A. Khan, Ram Chandra Tewari, Vedat Shehu and Richard Guy. In addition to furnishing us with their personal histories of Earth expansion and the seemingly overwhelming evidence for its confirmation, the authors’ highlight areas where further research is required.