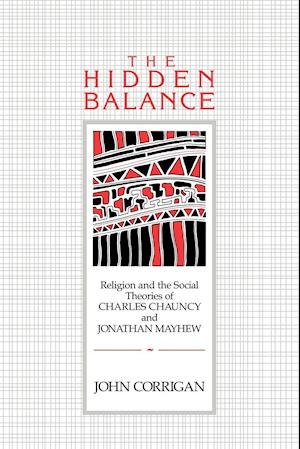 Congregationalist ministers Charles Chauncy and Jonathan Mayhew were among the most influential social and religious thinkers in Boston in the mid-eighteenth century. This 1987 study argues that Chauncy and Mayhew produced a complex but coherent body of ideas and that these ideas were organized closely and self-consciously around the principle of 'balance'. Writings on society and government are treated alongside theological works, rather than separate from them, and each man's corpus is placed against the background of English ideas as well as within the context of intellectual and social life in Boston. Investigation of the ideas of Chauncy and Mayhew in this way leads to the conclusion that although the two men believed that a cosmic principle of 'balance' organized social and religious life, they believed as well that full philosophical comprehension of this principle was beyond human capability. In order to express their understanding of cosmic order, Chauncy and Mayhew appropriated the metaphor of the 'great chain of being'.