indgår i serie The Chronicles of Chaos 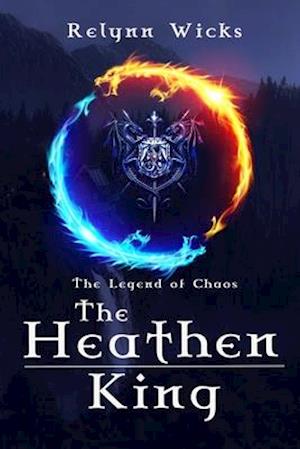 This is not your happily ever after fairytale where the prince rescues his princess and they dance into the sunset. No. This story is a story of darkness, where the good guys go bump in the night. If your sibling were born with extraordinary magic passed down from the ancient gods, therefore, your father chose them to rule the kingdom over you, would you be envious or delighted?Sebastian never wished to be king, let alone a miracle, awe-inspiring super-human. Born third in line to the throne, Sebastian learns he is not just an ordinary prince. Desperate for freedom, in unconditional love, and fearlessly headstrong, he finds himself torn between his own desires and doing what is right to gain valor and save all the lands. Exiled, punished, abused, and vulnerable are only a few of the words that describe the future of the young prince who is ultimately chosen to wear the crown. He finds the love of his life, a prince named Cyrus, who ignites him in a way he never felt before. But, before Sebastian and Cyrus can be together, one man hatched a plan to destroy his brother's life out of greed and desperation. Berren, the oldest male in the Drake royal family, cannot fathom the idea of his little brother ruling over him, let alone the fact that his little brother is a god. Arrogant and maniacal, Berren will stop at nothing to be king, no matter the cost to not only his family or kingdom but to himself. Now, Sebastian must bury his anguish and take arms with a tribe of forgotten warriors who will show him how he is the key to the survival of Erras. This sinister fable is packed full of cataclysmic twists, forbidden love, and desire, and enchantment as the young prince comes to understand his place among the great gods. With great power comes great sacrifice. With great sacrifice, comes honour.