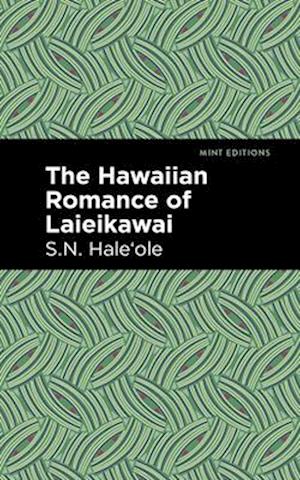 The Hawaiian Romance of Laieikawai (1863) is a story by S.N. Hale'ole. Based on Hawaiian mythology, The Hawaiian Romance of Laieikawai was adapted from songs and tales from ka'ao, a form from Hawaiian oral tradition blending song and narrative. Initially serialized in Ka Nupepa Kuokoa, a popular newspaper, Hale'ole's story was the first work of literature published by a Native Hawaiian.When La'ieikawai and her twin sister La'ielohelohe are born on Oahu, their father, a powerful chief, plans to have them killed in order to ensure that the throne will pass to a male heir. Separated from her sister, La'ieikawai is taken to a secret cave that can only be accessed by a deep pool of water. When a rainbow, the traditional sign of royalty, is seen in the sky above her location, La'ieikawai is taken by her grandmother Waka to the legendary paradise of Paliuli. On the journey to the island, news of her beauty and power spread among the people, drawing the attention of the handsome chief Aiwohikupua. At Paliuli, the princess is served by ornately feathered birds, supernatural beings who protect and comfort her. As the story unfolds, La'ieikawai will face a series of trials with the grace and wisdom known only to a sacred few.With a beautifully designed cover and professionally typeset manuscript, this edition of S.N. Hale'ole's The Hawaiian Romance of Laieikawai is a classic of Hawaiian literature reimagined for modern readers.