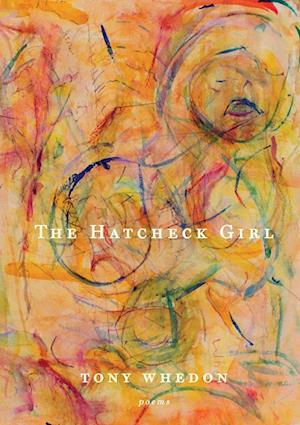 Tony Whedon's new book The Hatcheck Girl vividly describes border crossings where language, culture and states of consciousness collide. In these richly layered poems about jazz most of the musicians we meet are sidemen: few are famous, most are notorious. They're united, as he says in his opening poem "The Tradition of the New," by their devotion to the music and by their appetite for a note, a phrase to "make it new . . . over and over." Whedon is a poet of historical juxtaposition: in "The Peacocks" we meet both trumpet player Chet Baker and Italian Baroque painter Michelangelo Caravaggio on a lonely beach outside Naples. In "Head Wound" Whedon's narrator, an expat jazz musician who's suffered a head wound in WW II France, contemplates the beauty of late-14th Century illuminated manuscripts. Some poems in The Hatcheck Girl feature women - Whedon's opera singer sister dying of cirrhosis in Manhattan, an aging torch singer in Jacksonville, a young, green female pianist in Paris - struggling to survive in a male-dominated art form. Others depict the lives of musicians who scuffle for gigs in out-of-way clubs because they both love the music and don't know what else to do. Robert Pinsky has praised Tony Whedon's "masterful verbal music," and in The Hatcheck Girl Whedon, a jazz trombonist, is in command of the medium. His new collection is full of brilliant improvisational surprises.