THE HAT and THE CAT 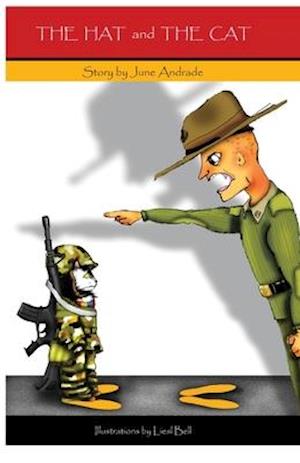 IT'S A PUSS IN UTES A tale about a very large tomcat named Pepper Parker and his unexpected adventure into the Marine Corps' way of life. Early one fateful morning he was at the wrong place at the wrong time-Recruit Receiving at Parris Island, SC. Pepper had gone to meet his cousin Danny on the incoming bus. When Danny failed to appear, the Marine drill instructors thought Pepper was the expected recruit and tried to put him through training. The poor cat insisted that he was an "accidental recruit," but the Marines didn't believe him. The recruiters had sent them some peculiar recruits before, but this one took the cake. It was up to the drill instructors to do whatever was necessary to make him into the best Marine possible. Failure to do the impossible was not in their genes. Pepper's mistress, Jessie Lee, his brother, Bubba Billy and an assortment of animal characters calling themselves The Pet Pals, keep the action moving at a high pitch during the tomcat's incarceration at Parris Island. A great story to share with the kids so they can see what Mom, Dad or a sibling went through in Marine boot camp.