The Hanoverian Succession in Great Britain and its Empire 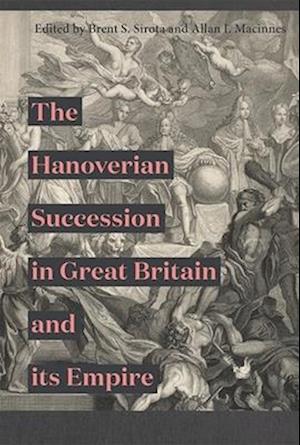 Was the accession of the Hanoverian dynasty of Brunswick to the throne of Britain and its empire in 1714 merely the final act in the 'Glorious Revolution' of 1688-89? Many contemporaries and later historians thought so, explaining the succession in the same terms as the earlier revolution - deliverance from the national perils of 'popery and arbitrary government'. By contrast, this book argues that the picture is much more complicated than straightforward continuity between 1688-89 and 1714. Emphasizing the plurality of post-Revolutionary developments, it explores early eighteenth-century Britain in light of the social, political, economic, religious and cultural transformations inaugurated by the 'Glorious Revolution' of 1688-1689 and its ensuing settlements in church, state and empire. The revolution of 1688-89 was much more transformative and convulsive than is often assumed; and the book shows that, although the Hanoverian Succession did embody a clear-cut reaffirmation of the core elements of the Revolution settlement - anti-Jacobitism and anti-popery - its impact on various post-Revolutionary developments in Church, state, Union, intellectual culture, international relations, political economy and empire is decidedly less clear. BRENT S. SIROTA is Associate Professor in the Department of History at North Carolina State University. ALLAN I. MACINNES is Emeritus Professor of History at the University of Strathclyde. CONTRIBUTORS: James Caudle, Megan Lindsay Cherry, Christopher Dudley, Robert I. Frost, Allan I. Macinnes, Esther Mijers, Steve Pincus, Brent S. Sirota, Abigail L. Swingen, Daniel Szechi, Amy Watson

Forfattere
Bibliotekernes beskrivelse A reassessment of the impact of the Hanoverian succession.