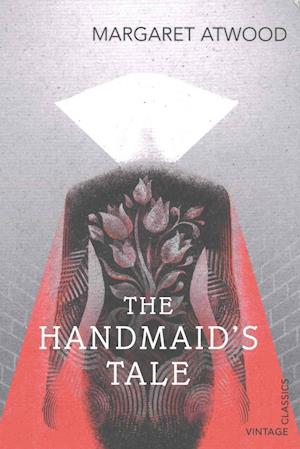 Forfattere
Forlagets beskrivelse ** THE SUNDAY TIMES NO. 1 BESTSELLER **Discover the dystopian novel that started a phenomenon before you read the Booker Prize-winning sequel The TestamentsNOW AN AWARD-WINNING TV SERIES STARRING ELISABETH MOSSOffred is a Handmaid in The Republic of Gilead, a religious totalitarian state in what was formerly known as the United States. She is placed in the household of The Commander, Fred Waterford - her assigned name, Offred, means 'of Fred'. She has only one function: to breed. If Offred refuses to enter into sexual servitude to repopulate a devastated world, she will be hanged. Yet even a repressive state cannot eradicate hope and desire. As she recalls her pre-revolution life in flashbacks, Offred must navigate through the terrifying landscape of torture and persecution in the present day, and between two men upon which her future hangs.Masterfully conceived and executed, this haunting vision of the future places Margaret Atwood at the forefront of dystopian fiction.'A fantastic, chilling story. And so powerfully feminist' Bernadine Evaristo, author of GIRL, WOMAN, OTHER'This novel seems ever more vital in the present day' ObserverIncludes exclusive content: In The 'Backstory' you can read Margaret Atwood's account of how she came to write this landmark dystopian novel.
Bibliotekernes beskrivelse Offred is a Handmaid. She has only one function: to breed. If she refuses to play her part she will, like all dissenters, be hanged at the wall or sent out to die slowly of radiation sickness. She may walk daily to the market and utter demure words to other Handmaid's, but her role is fixed, her freedom a forgotten concept.