The Gun, the Ship, and the Pen

- Warfare, Constitutions, and the Making of the Modern World 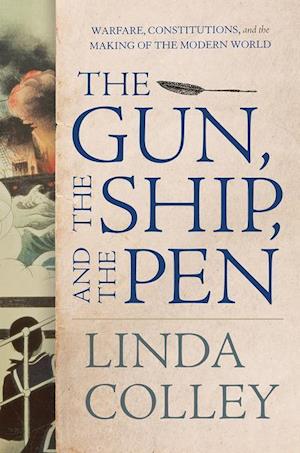 Filling a crucial void in our understanding of world history, Linda Colley reconfigures the rise of the modern world over three centuries through the advent of written constitutions. Her absorbing work challenges accepted narratives, focusing on rulers like Catherine the Great, who wrote her enlightened Nakaz years before the French Revolution; African visionaries like Sierra Leone's James Africanus Beale Horton; and Tunisias's soldier-constitutionalist Khayr-al-Din, who championed constitutional reform in the Muslim world. Demonstrating how constitutions repeatedly evolved in tandem with warfare, and how they were used to free, but also exclude, people (especially women and indigenous populations), this handsomely illustrated history-with its pageant of powerful monarchs, visionary lawmakers, and insurrectionist rebels-evokes The Silk Roads in its range and ambition. Whether reinterpreting the lasting influence of Japan's 1889 Meiji constitution or exploring the first constitution to enfranchise women in tiny Pitcairn Island in 1838, this book is one of the most original and absorbing histories in decades.