The Growth of Royal Government under Henry III 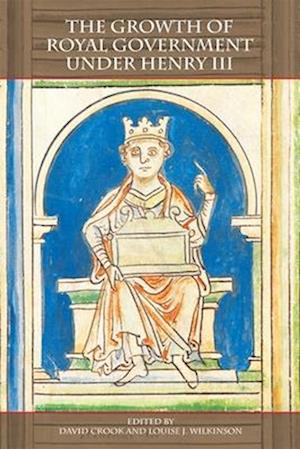 The years between 1258 and 1276 comprise one of the most influential periods in the Middle Ages in Britain. This turbulent decade witnessed a bitter power struggle between Henry III and his barons over who should control the government of the realm. Before England eventually descended into civil war, a significant proportion of the baronage had attempted to transform its governance by imposing on the crown a programme of legislative and administrative reform far more radical and wide-ranging than Magna Carta in 1215. Constituting a critical stage in the development of parliament, the reformist movement would remain unsurpassed in its radicalism until the upheavals of the seventeenth century. Simon de Montfort, the baronial champion, became the first leader of a political movement to seize power and govern in the king's name. The essays here draw on material available for the first time via the completion of the project to calendar all the Fine Rolls of Henry III; these rolls comprise the last series of records of the English Chancery from that period to become readily available in a convenient form, thereby transforming access to several important fields of research, including financial, legal, political and social issues. The volume covers topics including the evidential value of the fine rolls themselves and their wider significance for the English polity, developments in legal and financial administration, the roles of women and the church, and the fascinating details of the development of the office of escheator. Related or parallel developments in Scotland, Wales and Ireland are also dealt with, giving a broader British dimension. LOUISE J. WILKINSON is Professor of Medieval Studies, University of Lincoln; DAVID CROOK is Honorary Research Fellow at the University of Notthingham. Contributors: Nick Barratt, Paul Brand, David Carpenter, David Crook, Paul Dryburgh, Beth Hartland, Philippa Hoskin, Charles Insley, Adrian Jobson, Tony Moore, Alice Taylor, Nicholas Vincent, Scott Waugh, Louise Wilkinson

Forfattere
Bibliotekernes beskrivelse A survey of the complexity and sophistication of English royal government in the thirteenth century, a period of radical change.