The Growth of Literature 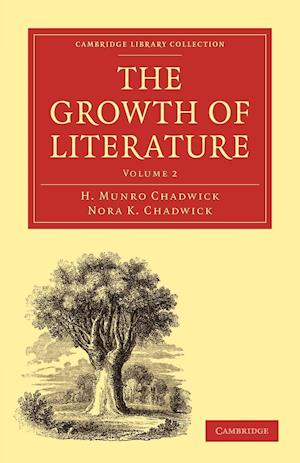 First published between 1932 and 1940, this is a three-volume study of the historical development of literature. It explores the oral and written literatures of regions from Iceland and the British Isles, to Russia, the Balkans, Africa, India and the Pacific, placing them in their historical context and examining similarities between them. The authors discuss both ancient and recent texts, illustrating the connections within each group and considering the question of whether all literary growth is influenced by common factors. Praised on publication as '... a work that is not, probably could not be, superseded' (International Journal of Comparative Sociology), the book remains a benchmark for those studying comparative literature or the history of literary criticism. Volume 2 focuses particularly on Russia and the Balkans, and also surveys both early Indian and early Hebrew literature.

Forfattere
Bibliotekernes beskrivelse First published between 1932 and 1940, this three-volume book was a pioneering study of the historical development of world literature. Volume 2 focuses particularly on Russia and the Balkans, and also surveys both early Indian and early Hebrew literature.