The Grocer's Boy Rides Again: Another Slice of His Life in 1960s Scotland and Beyond 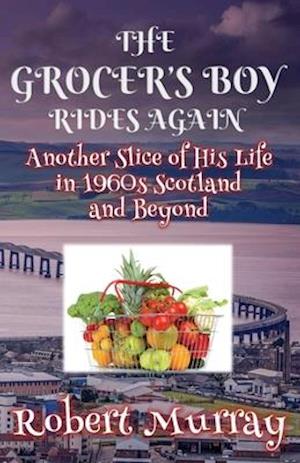 When the Swinging Sixties arrived in Tayside, Robert Murray had just become the youngest manager in the history of famous grocery business William Low & Co. Ltd. at only nineteen years of age. Little could he have realised that this was to be just the beginning of a decade of incredible social and cultural change for Scotland and the wider world - a revolution which would touch every life and workplace.

In this sequel to his much-loved book The Grocer's Boy, Robert discusses the trials and tribulations of being a traditional grocer at the dawn of the supermarket age, before moving on to new challenges later in the decade which included an eventful tenure in the fast-moving domain of college education and a step further afield into the busy corporate world.

Recounting his loving family ties and enduring friendships, marriage and parenthood, nostalgic reminiscence and thoughtful reflection, The Grocer's Boy Rides Again takes a fresh look at this most iconic of decades, considering a country which was in a period of rapid transition but where a helpful attitude and good customer service remained of paramount importance.