The grief and punishment of Ella White

indgår i serie The Ella White 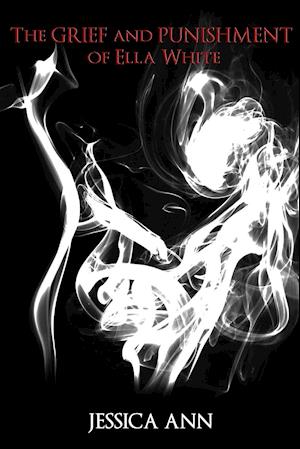 How could I resist? I never stood a chance against those emerald green eyes. Selfishly I let him in and now it is up to me to keep us both alive.

Ella White is a twenty - one - year - old who's life is a little. . . complicated. Her skin far too pale, her eyes too dark and her need for someone to love far too strong. For Ella, this is just the beginning.

An inexplicable trail of death behind her, a surveillance team with impossibly hard hands and coal black eyes, just like hers? and a stalker with a Familiarity that Ella just can not place. Secrets and whispers are being revealed as she dares to let herself fall for the forbidden. Now she is in a race against those that lurk in the shadows to remain the human she is and fight off the monster she fears will break the confines of her mind.

The air around us is palpable as Mariana and I wait, anticipating what Guius has to say. He takes a long, steadying breath before walking from the doorway to the desk. He once again looks at Mariana, unease written all over his face. "Jaziel, the head of collections in the middle age women department." He stops talking and takes another long, stammered breath."He has been murdered."

Cassius is the head of the AOD department, he has been the head grim reaper for so very long - too long. He prides himself on the flawless, smooth running operation he has looked over for centuries. All of that peace changes when one of his first adviser's informs him of the murder of a fellow angel. A murder? how? And it was committed by another angel? That is impossible. When Cassuis lays his eyes on a dead and wilting away Jaziel it becomes clear something is very wrong. There is only one being that can help in a situation like this, there is just one problem. He has been MIA for the last few thousand years. Cassuis eventually gets his meeting, but leaves with more questions than answers. He knows her punishment and has full intention of making sure it is handed out, but he must observe and protect her for the duration of the punishment? A murder getting protection? She is a mistake, a flaw in his perfect system. A disgrace. But he can not go against the terms, not when they were given by the one person he can not disobey, not when they were given by God