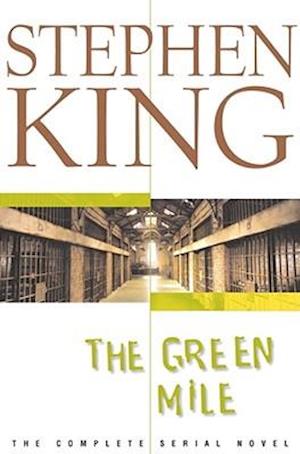 The #1 New York Times bestselling dramatic serial novel and inspiration for the Oscar-nominated film of the same name starring Tom Hanks, the "literary event" (Entertainment Weekly) of The Green Mile is now available in its entirety. When The Green Mile first appeared, serialized as one volume per month, Stephen King's The Green Mile was an unprecedented publishing triumph: all six volumes ended up on the New York Times bestseller list--simultaneously--and delighted millions of fans the world over. Welcome to Cold Mountain Penitentiary, home to the Depression-worn men of E Block. Convicted killers all, each awaits his turn to walk the Green Mile, keeping a date with "Old Sparky," Cold Mountain's electric chair. Prison guard Paul Edgecombe has seen his share of oddities in his years working the Mile. But he's never seen anyone like John Coffey, a man with the body of a giant and the mind of a child, condemned for a crime terrifying in its violence and shocking in its depravity. In this place of ultimate retribution, Edgecombe is about to discover the terrible, wondrous truth about Coffey, a truth that will challenge his most cherished beliefs...and yours.

Forfattere
Bibliotekernes beskrivelse Now available for the first time in a complete hardcover edition is Stephen King's 1996 innovative six-installment serial novel. This edition contains a forward by Stephen King that previously appeared only in the first volume. It also includes the six illustrations that accompanied the original installments, plus a new frontispiece, which will represent the novel in its entirety.