- Science, Religion, and the Search for Meaning 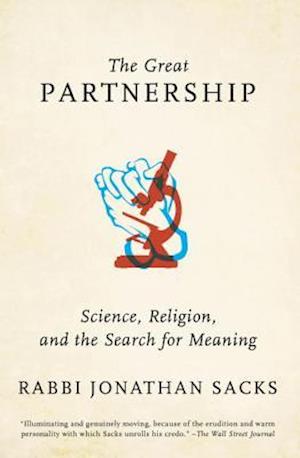 Impassioned, erudite, thoroughly researched, and beautifully reasoned, The Great Partnership argues not only that science and religion are compatible, but that they complement each other--and that the world needs both. "Atheism deserves better than the new atheists," states Rabbi Jonathan Sacks, "whose methodology consists of criticizing religion without understanding it, quoting texts without contexts, taking exceptions as the rule, confusing folk belief with reflective theology, abusing, ridiculing, and demonizing religious faith and holding it responsible for the great crimes against humanity. Religion has done harm; I acknowledge that. But the cure for bad religion is good religion, not no religion, just as the cure for bad science is good science, not the abandonment of science." Rabbi Sacks's counterargument is that religion and science are the two essential perspectives that allow us to see the universe in its three-dimensional depth. Science teaches us where we come from. Religion explains to us why we are here. Science is the search for explanation. Religion is the search for meaning. There have been times when religion tried to dominate science. And there have been times, including our own, when it is believed that we can learn all we need to know about meaning and relationships through biochemistry, neuroscience, and evolutionary psychology. In this fascinating look at the interdependence of religion and science, Rabbi Sacks explains why both views are tragically wrong. ***National Jewish Book Awards 2012, Finalist***