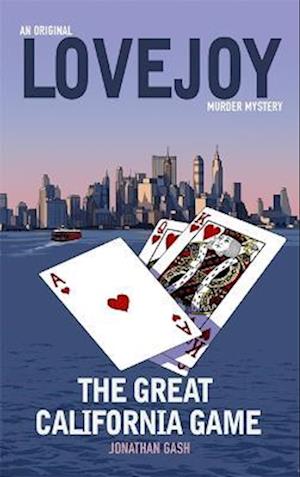 Lovejoy in America... and in trouble againLovejoy is working - illegally of course - in a New York bar, but nothing can keep him from his beloved antiques. The divvie's casual recognition of zircons paraded as priceless diamonds starts him on a trail leading him to the deadly mysteries of the highest stakes card game in America. But first Lovejoy has to buy himself into the game. Enlisting the help of a Manhatten hooker and a gun-toting seven year old, he sets about raising a sum from museums, auction houses and private collectors using his usual desperate wiles.But by the time he reaches California, he realises that it is not only his hard-earnt mega-bucks on the table, but his own sweet skin.Praise for Jonathan Gash: 'Irrepressible... bounteous entertainment' Sunday Times'Lovejoy is up to his old tricks again... compelling stuff' Today'Unabashedly amoral, witty and crammed with treasures of every sort... Pure, unadulterated Lovejoy' Publishers Weekly