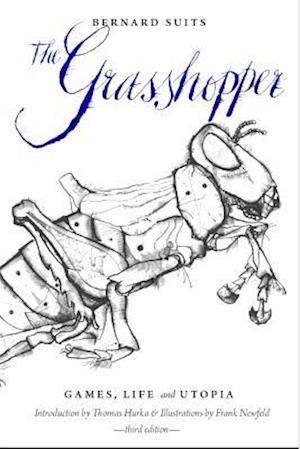 In the mid twentieth century the philosopher Ludwig Wittgenstein famously asserted that games are indefinable; there are no common threads that link them all. ""Nonsense,"" said the sensible Bernard Suits: ""playing a game is a voluntary attempt to overcome unnecessary obstacles."" The short book Suits wrote demonstrating precisely that is as playful as it is insightful, as stimulating as it is delightful. Through the jocular voice of Aesop's Grasshopper, a ""shiftless but thoughtful practitioner of applied entomology"", Suits not only argues that games can be meaningfully defined; he also suggests that playing games is a central part of the ideal of human existence and so games belong at the heart of any vision of Utopia.This new edition of The Grasshopper includes illustrations from Frank Newfeld created for the book's original publication, as well as an introduction by Thomas Hurka and a new appendix on the meaning of 'play.'

Forfattere
Bibliotekernes beskrivelse "This unique book quite bowled me over, both intellectually and as a gorgeous literary feast. Bernard Suits not only makes philosophy enjoyable, as it should be, but does so without any compromise of real profundity." -- Simon Blackburn, Cambridge University