The Gospel in Brief

- The Life of Jesus 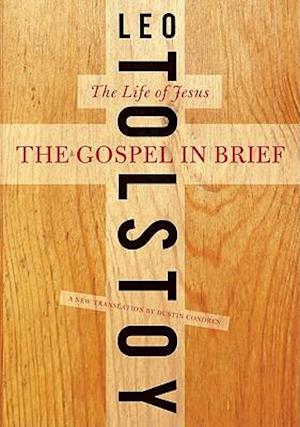 The four Gospels that begin the Bible's New Testament tell the life of Jesus. But each Gospel relates a slightly different version of events. Some stories appear only in one Gospel, while certain other stories are different in each. What Leo Tolstoy sought to do in "The Gospel In Brief" was to apply his tremendous skills as a writer to tell the life of Jesus in one seamless narrative, thus integrating the four Gospels. The result is a work that reads like a novel, complete with twelve chapters. The project was very important to Tolstoy. With "The Gospel In Brief", he sought to democratize access to the Gospel, making the life of Jesus accessible to everyone. (He particularly had in mind the Russian peasantry.) Tolstoy based his translation on his study of the original Greek versions of the Bible. Unfortunately the Russian Orthodox Church viewed the book as sacrilegious. How dare he re-write the sacred texts? The Church worked to suppress "The Gospel In Brief", and in 1901, it permanently excommunicated Tolstoy, Russia's greatest novelist.

Forfattere
Bibliotekernes beskrivelse Tells the life of Jesus in one narrative, thus integrating the four Gospels. This title soughts to democratize access to the Gospel, making the life of Jesus accessible to everyone.