Golden Treasure Trove of the Russian Museum, The 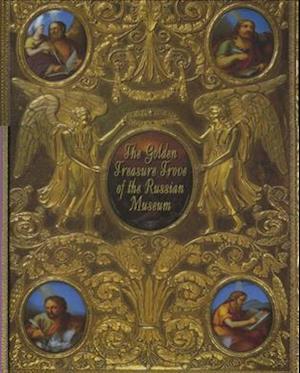 Over 200 pieces of Russian decorative art are illustrated, from the eleventh to the twentieth centuries from the major holdings of the Russian State Museum. Many of the pieces were created for the Russian Court and Orthadox Church, the two most important patrons in Russia before the revolution. Witnesses to a lengthy, turbulent past, the decorative objects featured in this beautiful book are ornamental, elaborately bejewelled, masterfully crafted and gloriously valuable. The pieces featured include bracelets from the twelfth century, signet rings from the thirteenth, icons from the sixteenth and seventeenth and chasubles from the eighteenth. Included are several treasure caches, accompanied by pieces of jewellery dating from the eleventh to the thirteenth centuries; all were originally held in the Imperial Hermitage Museum and then transferred to the Russian Museum in 1930. Some of the more recent works featured include items by Faberge and various Art Nouveau pieces. All of the objects are, however, more than just witnesses of the past, precious ornaments. Presented here are works of decorative and applied art, created by the great Russian masters.