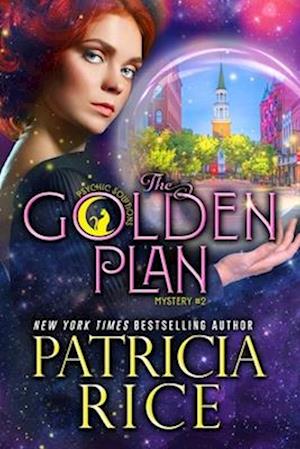 Someone is murdering lawyers, and their ghosts are demanding justice.

Evangeline Malcolm Carstairs has never used her weird ghost-talking skills outside her hometown of Afterthought, South Carolina. But her young ward's co-guardian-and the only man who almost understands her-has vanished out west while communing with cactus, and she's not about to parent alone.

After learning his biological parents lived under an alias, criminal fraud lawyer Damon Ives "Jax" Jackson has gone in search of his roots, desperate to know if he's descended from crooks. Just as he uncovers a potential murder, his bewitching co-trustee Evie arrives, and his key witness, a lawyer, drops dead.

Knowing Evie can't leave a ghost alone, Jax returns with his too-inquisitive partner to Afterthought and the eccentric assortment of friends and family who can shield her from whatever forces he's unleashed.

But wherever Evie goes, disturbed spirits follow. When still another lawyer is killed, she must coax the truth from his raging ghost. But are her shaky skills up to the challenge? And will she live long enough to understand her abilities. . . and Jax?