The Golden Age of Streamlining 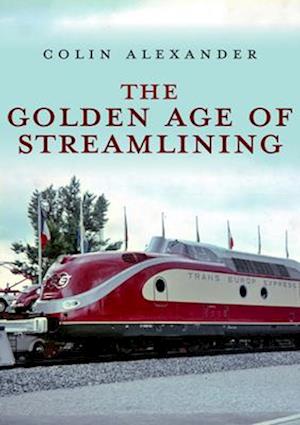 Between the two world wars there was a golden era of industrial design when the benefits of streamlining were realised, allowing for reduced wind resistance, faster transportation and a more efficient economy. The Art Deco-influenced style was also a huge public relations exercise in the glamour-obsessed 1920s and 1930s.Its most obvious manifestations were on the railways, with beautiful streamlined locomotives in daring colour schemes on prestigious named expresses, especially in Europe and North America. They included the Fliegender Hamburger diesel train in Germany, the American Mercury trains and of course Sir Nigel Gresley's A4 Class, on which the streamlined casing and internal streamlining allowed Mallard to break the world speed record. The idea of streamlining made even more sense in the air, where the great airships were crossing the Atlantic, and aircraft like the Douglas DC3 cut through the air more easily than anything that came before. Meanwhile, on the world's roads, buses and cars lost their perpendicular looks and marques like Cord and Bugatti led the way with increasingly aerodynamic, wind-tunnel-tested profiles. Designers like Raymond Loewy, as well as designing streamlined locomotives, began to apply the same style to products for which wind resistance was irrelevant, such as buildings, refrigerators and even pencil sharpeners.This book tells the story of the streamline era - its designers, its successes and failures, its inspiration and its legacy.

Forfattere
Bibliotekernes beskrivelse Colin Alexander looks at the interwar period, a high-water mark in industrial design as the benefits of streamlining were realised. 140 Illustrations, unspecified