An Analysis of Odd Arne Westad's The Global Cold War

- Third World Interventions And The Making Of Our Times 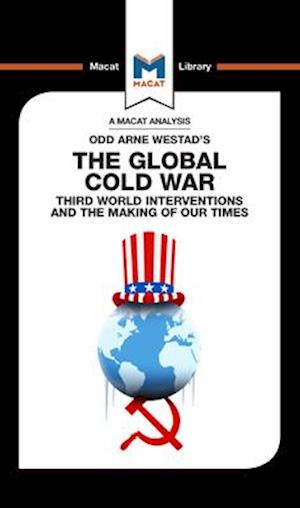 For those who lived through the Cold War period, and for many of the historians who study it, it seemed self-evident that the critical incidents that determined its course took place in the northern hemisphere, specifically in the face-off between NATO and the Warsaw Pact in Europe. In this view, the Berlin Wall mattered more than the Ho Chi Minh Trail, and the Soviet intervention in Hungary was vastly more significant than Soviet intervention in Korea. It was only the fine balance of power in the northern theatre that redirected the attentions of the USA and the USSR elsewhere, and resulted in outbreaks of proxy warfare elsewhere in the globe - in Korea, in Vietnam and in Africa. Odd Arne Westad's triumph is to look at the history of these times through the other end of the telescope - to reconceptualize the Cold War as something that fundamentally happened in the Third World, not the First. The thesis he presents in The Global Cold War is highly creative. It upends much conventional wisdom and points out that the determining factor in the struggle was not geopolitics, but ideology - an ideology, moreover, that was heavily flavoured by elements of colonialist thinking that ought to have been alien to the mindsets of two avowedly anti-colonial superpowers. Westad's work is a fine example of the creative thinking skill of coming up with new connections and fresh solutions; it also never shies away from generating new hypotheses or redefining issues in order to see them in new ways.

Forfattere
Bibliotekernes beskrivelse Westad's seminal 2005 work shifts the focus of Cold War studies from Europe to the post-World War II interventions by both the Soviet Union and the United States in the affairs of developing nations in Africa, Asia, and Latin America.