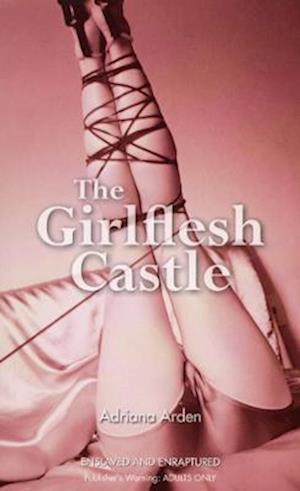 Vanessa Buckingham has discovered strange contentment in the bizarre and secretive underworld of commercially organized slavery. Having accepted her own submissive nature, Vanessa is now happily working for the powerful Shiller Company as a "slave reporter" for its select publication: Girlflesh News. She has also found a lover in the form of the beautiful slavegirl, Kashika. But there are forces at work that wish to destroy Shiller's carefully run "ethical" slave business. Shiller's rival and archenemy the media mogul, Sir Harvey Rochester, has not given up trying to take over its operation. Having failed to use Vanessa as his unwitting pawn to expose Shiller's operation, Sir Harvey turns to other methods.Part of Adriana Arden's 'Girlflesh' series. Titles in this series are The Girlflesh Institute, The Girlflesh Castle and The Girlflesh Captives, all available from Nexus.