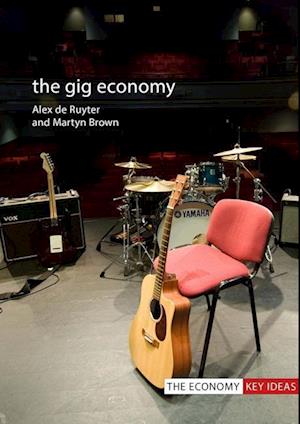 The "gig economy" is a relatively recent term coined to describe a range of working arrangements that have previously been denoted as precarious, flexible and contingent. These may include casual workers, temporary agency workers, those on zero-hours contracts and dependent contractors.This books seeks to get behind the contemporary buzz surrounding the term and provide some theoretical and empirical analysis of the gig work phenomenon. The book seeks to assess more critically some of the rhetorical claims made about gig work and to provide a balanced appraisal of the ramifications for individuals, employers and the economy and society in general of an increasingly insecure workforce. The regulatory framework, in particular, is examined and is shown to have lagged behind crucial developments in the gig economy, with many labour laws still historically rooted to the notion that a worker has to be an employee to be covered by employment rights.The authors show that in many respects there is nothing new about the gig economy and that its growth in recent years was in some sense predictable. Perhaps its real significance, they argue, is its potential as a business model to "gig-ize" other business operations far beyond relatively low-skilled work. When combined with automation and digitalization, the gig economy presents us with an opportunity to re-evalute our understanding of the nature of work.

Forfattere
Bibliotekernes beskrivelse Alex de Ruyter and Martyn Brown explain the key facets of the gig economy and explore the dangers and potential it affords. Drawing on recent case-studies from the UK, Europe and the USA, it offers an authoritative guide through the theories and issues that surround the gig economy and the ramifications of an increasingly insecure workforce.