indgår i serie Studies in Philosophy 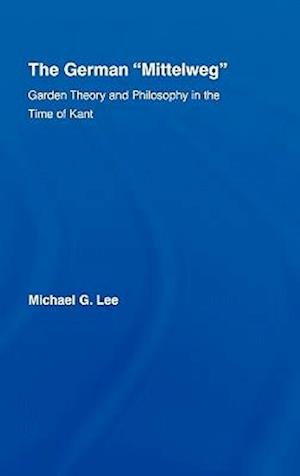 In the 1790s, a close-knit group of German philosophers published several garden theory texts. These works are unique in that a close-knit group of philosophers had never before--and has not since--produced so many works on the topic of garden design. In essence, this cohort sought to imbue the most visionary concepts that had been inherited from the German garden tradition with the intellectual resources that were newly available through Kant's critical philosophy. The most important of these concepts was the prescription for a new Mittelweg, or "middle path," garden that would mediate between the perceived excesses of French formalism and the English picturesque. In close analysis, the author demonstrates that Kant used similar "middle path" techniques in the design of his own "critical path" between dogmatism and skepticism. This similarity is most apparent when he uses topographical metaphors to describe the organizational principles of his system. By interpreting Kant's topographical metaphors in relation to contemporary garden theories, this book offers new insights into the structural similarities between his "critical path" and the German garden's "middle path" between French formalism and the English picturesque.