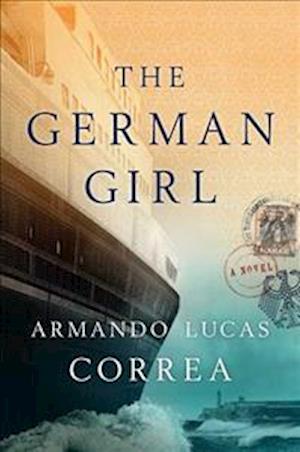 Before everything changed, Hannah Rosenthal lived a charmed life. But now the streets of Berlin are draped in swastikas and Hannah is no longer welcome in the places she once considered home. A glimmer of hope appears in the shape of the St Louis, a transatlantic liner that promises Jews safe passage to Cuba. The Rosenthals sell everything to fund visas and tickets. At first the liner feels like luxury, but as they travel the circumstances of war change, and it soon becomes their prison. Seven decades later in New York, on her twelfth birthday Anna Rosen receives a package from Hannah, the great-aunt she never met but who raised her deceased father. Anna and her mother immediately travel to Cuba to meet this elderly relative, and for the first time Hannah tells them the untold story of her voyage on the St Louis.

Forfattere
Bibliotekernes beskrivelse A beautifully written debut novel set aboard the liner St Louis as it travels from Hamburg to Cuba - supposedly taking Jewish families to a safe new home ...