The Genius of: The Ancient Egyptians 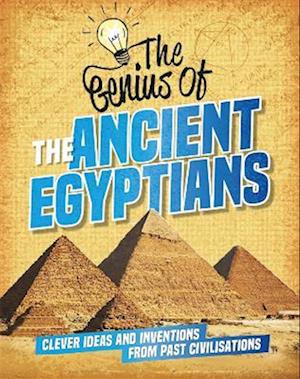 Which genius ideas and inventions began with the ancient Egyptians? What did they develop that we use to this day? Find out how the ancient Egyptians built their temples and pyramids, irrigated and farmed their land, and took care of their people during life and after death. Discover their brilliant developments in farming, paper-making, time-keeping and medicine and how they have influenced the way we live today. The Genius Of series helps children aged 9 plus to explore the major discoveries, inventions, influence and legacies of key periods in history. Titles in the 8-book series look at the genius of: the ancient Egyptians, the ancient Greeks, the Anglo-Saxons, the Benin Kingdom, the Maya, the Romans, the Stone, Bronze and Iron Ages and the Vikings.