- Black Gayness and the Black-Cast Sitcom 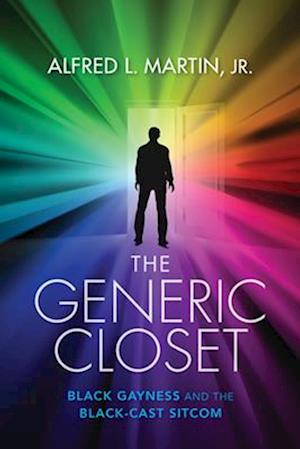 Even after a rise in gay and Black representation and production on TV in the 1990s, the sitcom became a "generic closet," restricting Black gay characters with narrative tropes.Drawing from 20 interviews with credited episode writers, key show-runners, and Black gay men, The Generic Closet situates Black-cast sitcoms as a unique genre that uses Black gay characters in service of the series' heterosexual main cast. Alfred L. Martin, Jr., argues that the Black community is considered to be antigay due to misrepresentation by shows that aired during the family viewing hour and that were written for the imagined, "traditional" Black family. Martin considers audience reception, industrial production practices, and authorship to unpack the claim that Black gay characters are written into Black-cast sitcoms such as Moesha, Good News, and Let's Stay Together in order to closet Black gayness.By exploring how systems of power produce ideologies about Black gayness, The Generic Closet deconstructs the concept of a monolithic Black audience and investigates whether this generic closet still exists.