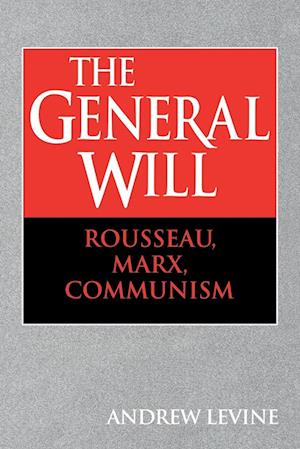 This bold and unabashedly utopian book advances the thesis that Marx's notion of communism is a defensible, normative ideal. However, unlike many others who have written in this area, Levine applies the tools and techniques of analytic philosophy to formulate and defend his radical, political programme. The argument proceeds by filtering the ideals and institutions of Marxism through Rousseau's notion of the 'general will'. Once Rousseau's ideas are properly understood it is possible to construct a community of equals who share some vision of a common good that can be achieved and maintained through cooperation or coordination that is at once both voluntary and authoritative. The book engages with liberal theory in order to establish its differences from Rousseauean-Marxian political theory. This provocative book will be of particular interest to political philosophers and political scientists concerned with Marxism, socialist theory and democratic theory.