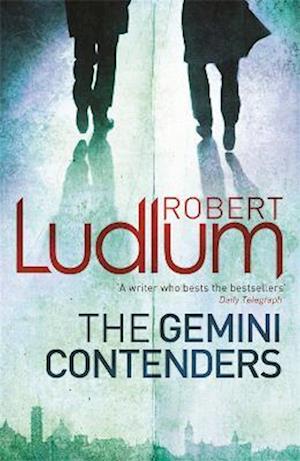 Pandora's Box is about to be opened...A brilliant, fast-paced thriller from the internationally bestselling author of the Bourne series.December 1939. A train winds its way through Italy towards the Alps wth a cargo too precious to destroy, too awful to reveal. On board is an iron box. Its sinister contents - documents concealed for centuries - could rip apart the Christian world and set religion against religion, an entire people against another. Now, as the Nazi threat marches closer, good men and evil are drawn into a violent and deadly hunt. The richest aristocrat in Italy is responsible for the documents' safety, but he's been marked for death by the Nazis. Some people want the secrets told. Some people want to plunge the world into a catastrophic holy war...

Forfattere
Bibliotekernes beskrivelse Pandora's Box is about to be opened...A brilliant, fast-paced thriller from the internationally bestselling author of the Bourne series.