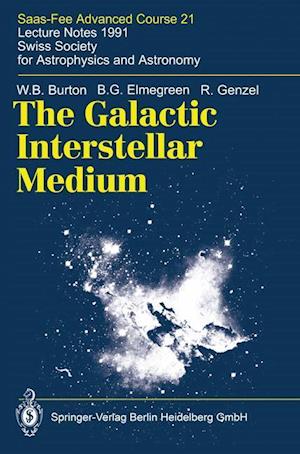 The previous Saas-Fee Advanced Course dedicated to the interstellar medium took place in 1972. The tremendous scientific advances that have occurred in this field since then, in particular owing to the availabihty of receivers working at completely unexplored wavelength bands, fuUy justified a new set of lectures. As a consequence, the members of the Swiss Society for Astrophysics and As tronomy voted that "The Galactic Interstellar Medium" should be the subject of the 1991 course. The 21st Saas Fee Advanced Course took place in Les Diablerets from 18 to 23 March 1991, gathering together about 80 participants from all over the world, but mostly from Europe. According to a rule that has proved to lead to success, but also to chal lenge the lecturers' energy, the format of a Saas-Fee Advanced Course consists traditionally of 28 lectures of 45 minutes which take place in the morning and late afternoon, leaving ample time for discussions, self-study, hiking or skiing. Despite the inordinate work load imposed, this year's lecturers felt that the subject was sufficiently dense to increase the lecture time by 1/3! This proved judicious and left more time for questions and discussions during the lectures.